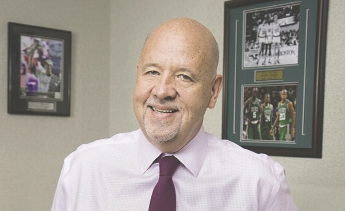 “We're going to be profitable this year by our own measures,” said Michael F. Collins, a Boston native who spent much of the past decade working at Massachusetts' Steward Health.

Collins had been overseeing ECHN's integration with Prospect at the time. Last month, he was given the permanent CEO title, a job description that includes overseeing Manchester Memorial and Rockville General hospitals, which lost a combined $23 million last fiscal year.