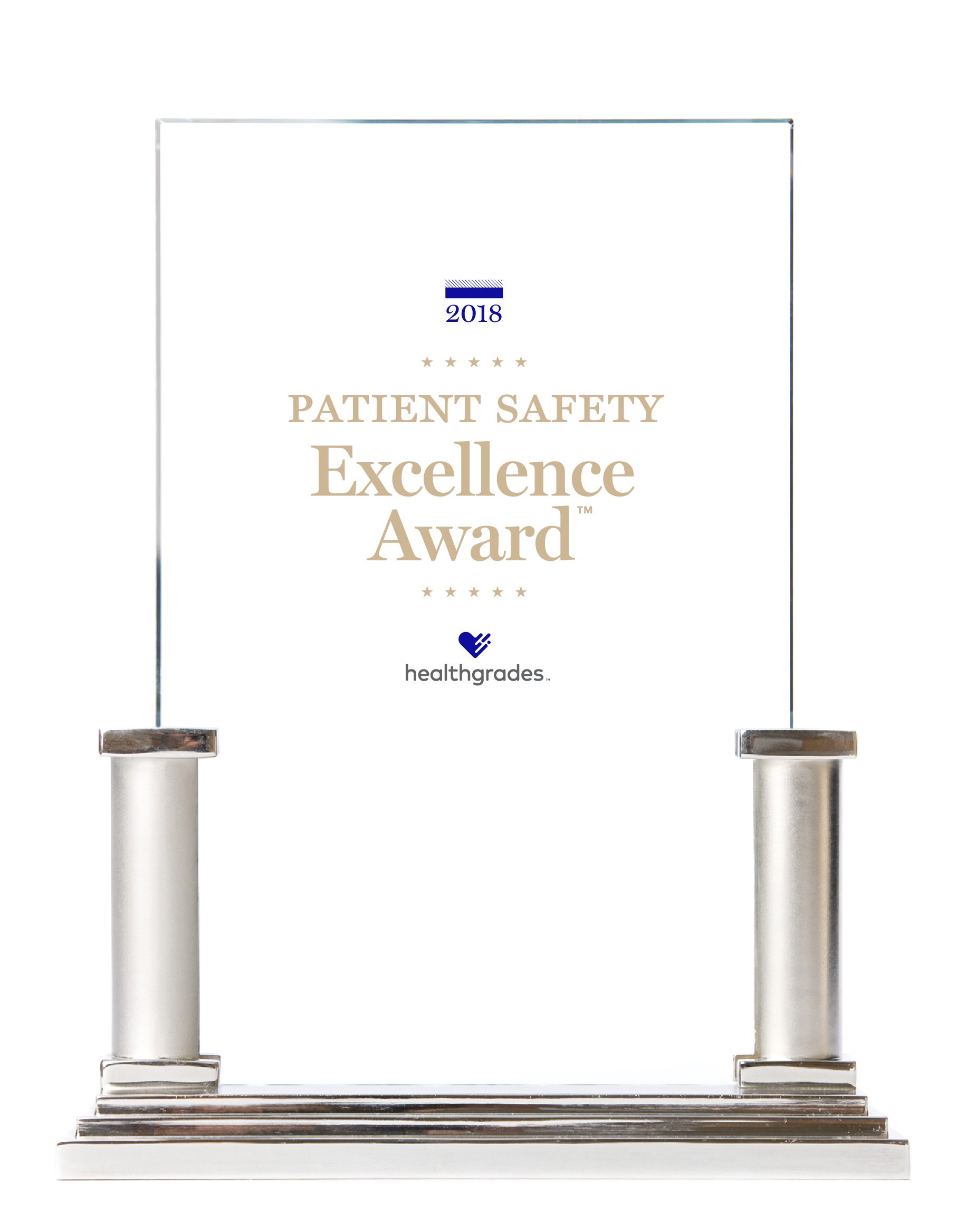 Southern California Hospital at Hollywood received the 2018 Patient Safety Excellence Award™ from Healthgrades, putting it in the top 5% in the nation among short-term acute care hospitals for patient safety. This is the third time (2015-16, 2018) Hollywood hospital has achieved this distinction.

The Patient Safety Excellence Award™ recognizes superior performance in hospitals that have prevented serious, potentially avoidable complications for patients during hospital stays. According to Healthgrades, if all hospitals achieved the average performance of award recipients for each of the 13 Patient Safety Indicators evaluated, during the 2014 to 2016 study period, 126,342 patient safety events could have been avoided.

“Safety touches all aspects of patient care – and that’s why our physicians and staff members are focused on this measure of care,” said Matt Whaley, hospital administrator. “To offer our community safety that is nationally recognized is a significant achievement.”

Healthgrades is the leading online resource for comprehensive information about physicians and hospitals.

Access the recently released Patient Sentiment Report from Healthgrades and MGMA, which analyzed nearly 7 million online patient reviews and reveals what patients say about their physicians.