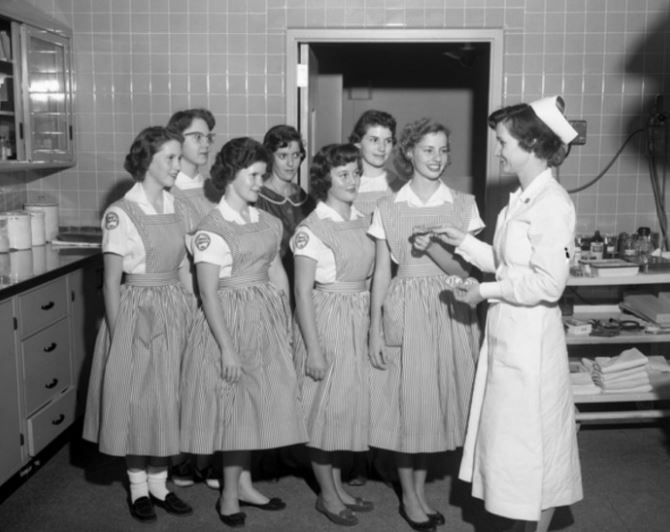 East Orange General Hospital in the 1940s. stripers, hospital volunteers who worked without pay under the supervision of nurses, began as an East Orange, NJ, high school civics class project in 1944. They took their name from their red-and-white striped pinafore uniforms sewn by the girls in the class from material provided by the teacher, a red-and-white-striped fabric known as “candy stripe.”

The students chose East Orange General Hospital as the home for their class project.