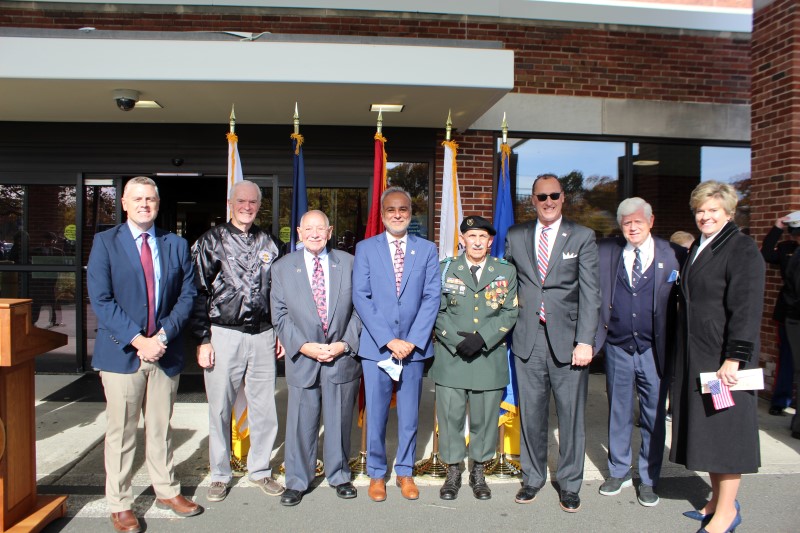 Robert Venti, president of the Manchester Veterans Council, welcomed attendees to the ceremony and thanked them for taking time out of their busy schedules to honor veterans, according to the Journal Inquirer.

Eastern Connecticut Health Network CEO Deborah Weymouth reminded visitors that the hospital was built to honor World War I veterans in 1920 and has become a monument to the devotion and bravery of all veterans.

"We thank each and every veteran for their courage and steadfast heroism in serving our country," Weymouth said.

Mayor Jay Moran added, "We gather annually at this 11th hour, in the 11th month, on the 11th day, to honor and say two words to our veterans that are here today and across our country—thank you.”

Moran recalled a trip he made to Washington, DC, years ago, and a stop at a military hospital nearby in Maryland, where he saw the sacrifice that the country's young men and women and their families have made.

"I hope those who have a day off today, or don't have to go to school, or think there's a big sale at the mall because of Veterans Day take the time like everyone here to remember what this day is about, to thank those who've protected our freedoms over the years," Moran said.